View all posts by mariahrosedoll

I landed in Halifax, Nova Scotia. I was lucky enough to find a great place to stay in a guest room of a fellow paddle fanatic, and owner and surf- kayak guru of KayakNS. I got into Halifax NS, and soon realized that my cell phone didn’t actually work without wi-fi even though I swear I had signed up for airtime in Canada. Because of that there was a little mis-communication about when I was to arrive thus the first night staying in a hostel.

My first day or two, I climbed the rocks around Crystal Crescent beach. The first part of the beach is soft sand and filled with a lot of families as you move onward you pass the “nude” beach and then hit the magnificent rocks. I climbed over rocks near the sea’s edge in my swim suit and chacos. This is hands down my favorite place on the planet so far. I had been here a few years earlier with an old boyfriend, and thought it was lovely. But this time on my solo trip, I felt like a amazon/mermaid/goddess. Climbing over the rocks I felt like I was on the moon or climbing over giant granite wales. Its was mid week so I barley saw a sole. I wandered farther down and found a a pool of water, hidden by a giant rock. I decided this would be a great place to work on my mermaid self-portrait series.

During my 5 days here I also made my way to Kejimkujik national park. I didn’t make it to the ocean side but I did sleep in my car two nights, hiked in the woods and kicked in with an owl, floated in the streams and stared at the stars and beautiful quietness of the forest.

On the last day Mark took me on a ocean kayak expedition. This was incredible, it was the first time I had been in a small ocean kayak paddling onto of some big rollers. We made it to a small island where we hiked around and found a cool swimming area that was protected from the open ocean.

Nova Scotia is one of my favorite places and I hope to visit again soon. 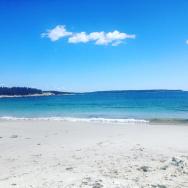 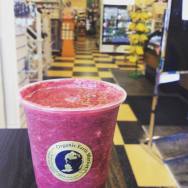 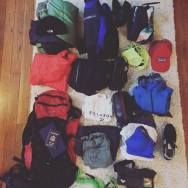 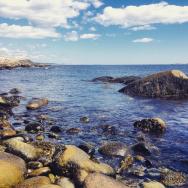